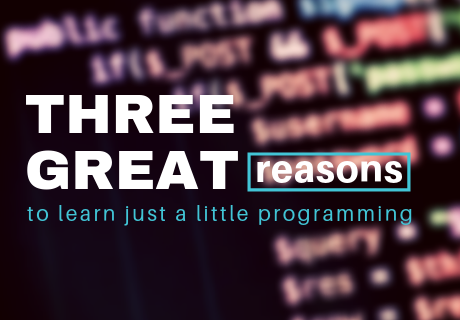 Editorial update Feb 06, 2019: I was recently made aware that the ‘learn to code’ phrase has been used in some circles as a political statement against members of the press. It has been weaponized by internet trolls against laid-off journalists. I don’t support this behavior, nor do I subscribe to the politics that demonizes the press. I value a free press and respect journalists who help to promote democracy and hold politicians accountable. This post is just what it looks like- a celebration of how tech skills can help people to advance their careers.

My first experience with any kind of significant computer coding came during the dot-com boom and bust of 2000. I decided to try something out of Healthcare IT, and took a position as a Project Manager with an internet commerce company. After seven months, I experienced my only layoff ever when the tech bubble busted. As I prepared to get back into Healthcare IT, I decided that learning some HTML and other Web-based languages would benefit me in my next steps. I built a few sites with HTML and Perl, and was hooked. I quickly learned the benefits that just about anyone can enjoy by learning just a little bit of coding. Later in this post, I’ll tell you how I learned just enough of one language to make me a hero on a new job.

Here are some great reasons to learn just a little bit of programming:

You will better understand what technology can and can’t do

At one of my workplaces, we had a doctor who met regularly with IT staff to go over operational issues. At one meeting during a technical discussion, this doctor secured his place in history by asking:

“Can’t you just make a spreadsheet and push some buttons?”

You will use technology to make yourself smarter, not dumber

It’s no secret that society’s reliance on technology is creating a lazy dependence, even discouraging us from memorizing the phone numbers of friends and family. Neurologists refer to this as the outsourcing of our memory. The good news is that learning to code will dust out the cobwebs and stimulate both the analytical and creative sides of our brains.

In 2014, a study by Carnegie Mellon University researched the effects of computer language programming on the brain activity of participants using MRIs. The study revealed activity in five areas of the brain related to language processing, working memory, and attention.

“But I’m not good at math”. The Carnegie Mellon study refutes the common misconception that programmers need to have strong math skills.

You will gain credibility of more technical colleagues

If you need to interact with systems administrators and developers, they will be more likely to heed your requests and respect your position if you understand at least a little about programming. It’s not much different than learning a little about the culture and language of another country that you travel to.

Seriously, you don’t have to be a genius

The great thing about getting started is the gratification of the hands-on experience. It’s not just dry reading and esoteric theory. You’re actually building something, and it doesn’t take that long to start seeing some results.
Here are your next steps:

First thing, have a look at the best 50 second video you’ll ever see

Then go to Codecademy to get started on your first language. Also, it’s very common to not know which language you should start with. The answer to this question will be determined by how deep you plan to go into programming. Codecademy can help with some of those questions, as well as this article from freecodecamp.

I love what Drew Houston, creator of Dropbox said:

“Coding is the closest thing we have to a superpower.”

You might not create the next great website or mobile app, but you might create a simple program that you can showcase on your LinkedIn profile. Who knows where that could lead?


How Learning An Outdated Scripting Language Made Me A Hero

I have a great personal example of learning a scripting language that helped me in a new job. In 2008, I began implementing a really clunky medical records system for a clinic network. This Windows based application had a lot of flaws, and was difficult to configure for our users. I needed a way to affect how users navigated the application, like moving the mouse cursor to different fields on the screen based on some conditions.
I searched the internet for things like “programming languages to change window settings”, and discovered VBScript, a Microsoft scripting language based off of Visual Basic. Compared to a lot of other languages, it’s old and obsolete. Also, a scripting language is technically not a programming language because it is not compiled (but that’s not the point here).

VBScript turned out to be exactly what I needed.  I bought a book on it, and within half a day, was beginning to figure it out. I used it to make small changes to how users interacted with our application without getting into the application code itself. I also used VBScript to help me with some of the back-end maintenance functions of the application.
My clinical users and coworkers were amazed. 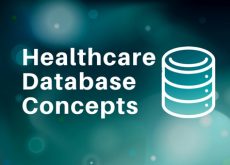 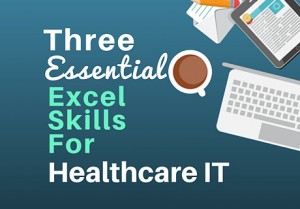